Letters from the Oman Trail – Goats
Prev Next
Search

They called this mountain chain Al Hajar, the stone. They could have called it Al Maeiz, the goat !

Imagine a post nuclear disaster where only goats would have survived. This is pretty much the feeling you get when passing through the various valleys. Nothing but rocks and goats, all in the same hues. They used to have a predator, the Arabian Leopard. But that poor cat was eradicated a while ago for all sorts of the wrong reasons. (they pretend some are still alive, but that sounds more like a myth than a reality)

For now I’m having diner in good company, waiting for the sun and hopefully temperatures to go down. 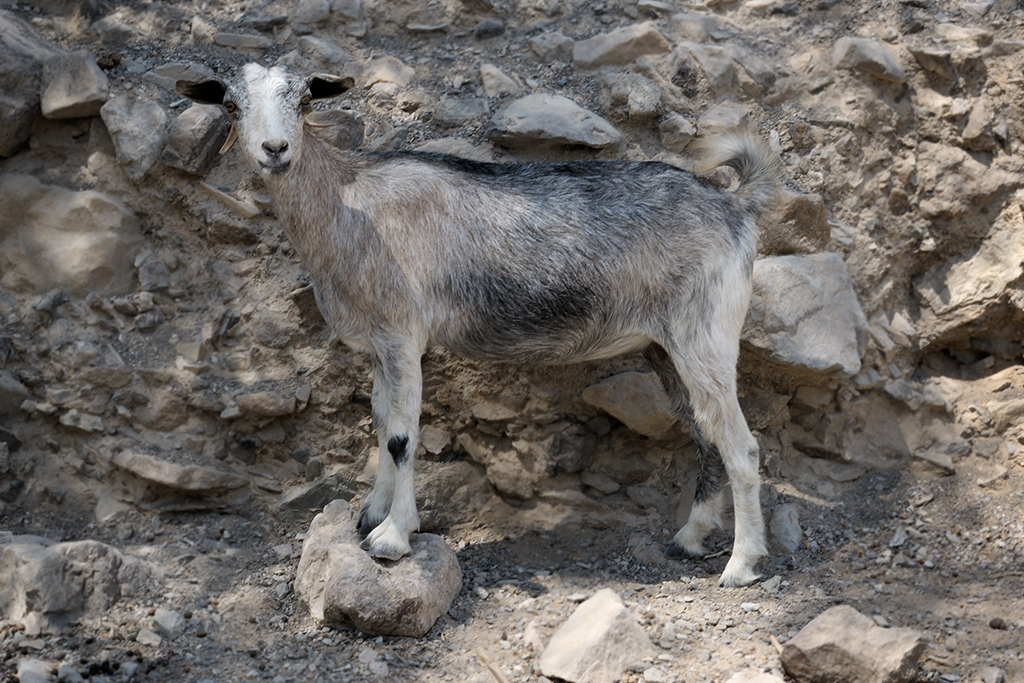 Letters from the GR 11 – Life by the rivers

Letters from the Oman Trail – Muscat