Letters from the Oman Trail – The Falaj
Prev Next
Search

The Falaj, or how men conquered the arid landscape.

Water being so rare, it was vital to learn how to make the best of it. We define pre-historical civilizations by their major discoveries; the fire age, the stone age, the bronze age. Here, they should call it the water age. The time when men discovered a way to channel water efficiently to survive. That way is called the Falaj; an intricate maze of water ways guiding water from a source to a plantation. The most popular type of Falaj is the Dawoedi Falaj, where the source is usually a well called Umm al Falaj (The mother of the Falaj) from where water is pumped up, and poured into a main channel descending towards a plantation. At the plantation the water channel branches out to each field. Another type of Falaj is called Ghailian, which only captures surface water from rain fall. Each village had to have a Falaj system in order to cultivate crops they could feed on. A wise man was in charge of it, allocating a certain amount of the precious liquid to each parcel according to preset rules and retributions.

Today a truck brings water. It has lost its charm, cost a lot more, but is probably much more efficient. Still you can see some Aflaj (plural) still being used where the plantation remains too hard to reach by modern transport. 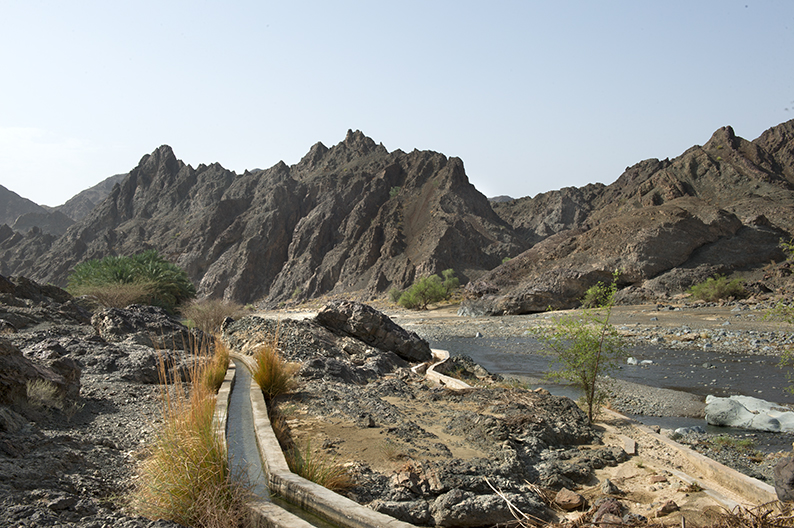 Letters from the Oman Trail – Donkeys

Letters from the Oman Trail – The end of another day